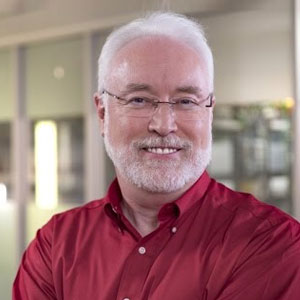 Focusing on Your Core Competence

The telecom industry is undergoing a constant change. This is why we at Ciena continue to foster innovation by focusing on what we do best and create an environment that encourages open lines of communication with our customers and employees.

Focusing on what you do best is essential. For example, much of Ciena’s success can be attributed to our focus of being an industry specialist. We are an organization that focuses on specific segments of the networking market. This has led to impressive innovations from our research and development teams. For example, at the ‘GLIF 2014 conference’ in New Zealand we demonstrated the ability to transport a live, encrypted, 4K video stream spanning approximately 30,000 km with latency of less than one-quarter of a second. This is truly amazing when one considers the possible real life applications for enabling a state of the art telemedicine practices.

It is also important for companies to create an open communication envi­ronment where every voiceis consid­ered. The relationship with our cus­tomers have taught us that productive business relationships are not transactional. They are involved in col­laborative engage­ments that helps us understand what’s happening within the cus­tomer network, and what the impact is–or could be–to their business. This methodology has become some­thing very cultural to Ciena, and has resulted in trust being earned over the long term.

The company culture promotes meaningful relationships inside the organization whichis also incredibly important. The employees who develop the products and solutions are the people who deserve the recognition for Ciena’s innovation. Ciena's Technical Awards of Distinction program, which celebrates the customer-driven ingenuity of Ciena’s engineering community, is an example of employee recognition. Last year, we recognized a group of Ciena scientists who hold a combined 300 plus patents and have a history of innovation in the telecom industry. We value these programsas they portray our company’s commitment to its employees.

When people work for an organization that value its employees, they don’t feel like they are walking on eggshells, instead there is a form of candor where people can speak their mind. In such an environment, information and authority flow freely, there is a velocity about getting things done that is special, and there is a form of commitment from individuals to the organization.

The Internet of Things (IOT) will cause a substantial shift in the way telecom networks are designed, deployed and operated. The concept of the IOT is to install sensors on consumer or commercial hardware to communicate application-relevant information to a centralized storage or decision-making facility. This means that the IOT is dependent on the network–without the ability to share the newly created data, it becomes useless. It is only once a high quality connection is in place that the IOT and its applications becomes a powerful tool that both consumers and commercial actors are sure to benefit from.

The Networks began by connecting places (as telephones do), then evolved to people (as mobile devices do). Now we are targeting atconnecting devices. As more ‘things’ become connected

legacy networks that were designed for connecting people will require a drastic overhaul. No longer can static connections support the staggering amount of data being created, next generation networks must possess intelligence to enable the network to store, transport and analyze large volumes of data in a secure and efficient manner. Newly emerging Software Defined Networking (SDN) and Network Function Virtualization (NFV) technologies, when deployed properly offer this needed network intelligence.

Mobile networks are a great example to illustrate how next generation technologies can support the IOT. Since many of the devices in the IOT will be connected by mobile devices. Mobile networks will need to evolve to accommodate the transfer of the wide dynamic range of classes of service that are required. The network must be able to differentiate between critical, important or best effort information transfers and make intelligent decisions in real time.

As society continues to become more connected, it is important for companies to ensure that their networks are able to support the surging demand for applications and devices, and understand that the IOT requires a fundamental re-architecting of the network, not just a near-term opti­cal upgrade.

Gearing Up for the Demands of Tomorrow

Meeting the needs of today’s application-centric end user continues to be a challenge for network operators. The shift to the cloud is now in full swing and is causing a seemingly unabated growth in data. The cloud has rapidly increased the capacity needed from the network and has drastically changed the bandwidth needed in the network, making it far less predictable and much harder to manage.

Over the top (OTT) applications offer a great illustration of just how unpredictable traffic demand can be. Netflix is the most obvious example of an OTT application that creates unprecedented demand and shows how meeting this demand will be a significant challenge. A recent Ciena study conducted by ACG research found that average household bandwidth requirements are poised to increase by 31 percent annually over the next five years—from a peak hour average usage per household of 2.9 Mbps in 2014 to 7.3 Mbps in 2018. Much of the traffic increase is the result of the adoption of mobile technologies. It is also worth noting the increasing d e v e l o p m e n t of both IOT and 4K video as the two will create additional demand for bandwidth.

Today, both enterprises and consumers expect 24/7 connectivity and it is up to network operators to ensure that their demands are met while also living within both CAPEX and OPEX constraints of their businesses. To attain this goal, they must transform their network infrastructure from having traditional rigid connections that managed predictable traffic demands to one that leverages more efficient, flexible, virtualized architectures that can help operators differentiate their services.

The converged packet optical and software solutions can help in such situations. They can not only provide the necessary bandwidth needed, but also transform the network to be more agile, programmable and fully capable of supporting a plethora of specialized network services. The technology is available today and it is now up to the telecom industry and its stakeholders prepare their networks today, for the demands of tomorrow.

How Path To Production Ensures Safety And Soundness On Our Digital...

Bringing People And Technology Together

Reaping What You Sow From Cloud Computing In Variable Industries